I’m proud of having been involved so deeply in the Vivatech 2017 session: some people at JCDecaux gave me the opportunity to deliver some artistic experiment to be implemented on our stand. I loved the idea because I’m convinced that it is our duty to deliver such content in a smart city environment, and not only brand or commercial content which’s too many times intrusive, inconsistent and just bullshit! We have to make people discover and experiment new stuff to redefine a kind of poetic daily environment!

I didn’t hesitate a long time and I choose to adapt what I made for Antonio Nodar, my Delaunay’s portrait. Simple. I had just to match the result with the art direction colors of our stand identity, which are 3: white, a kind of water blue, and dark grey. 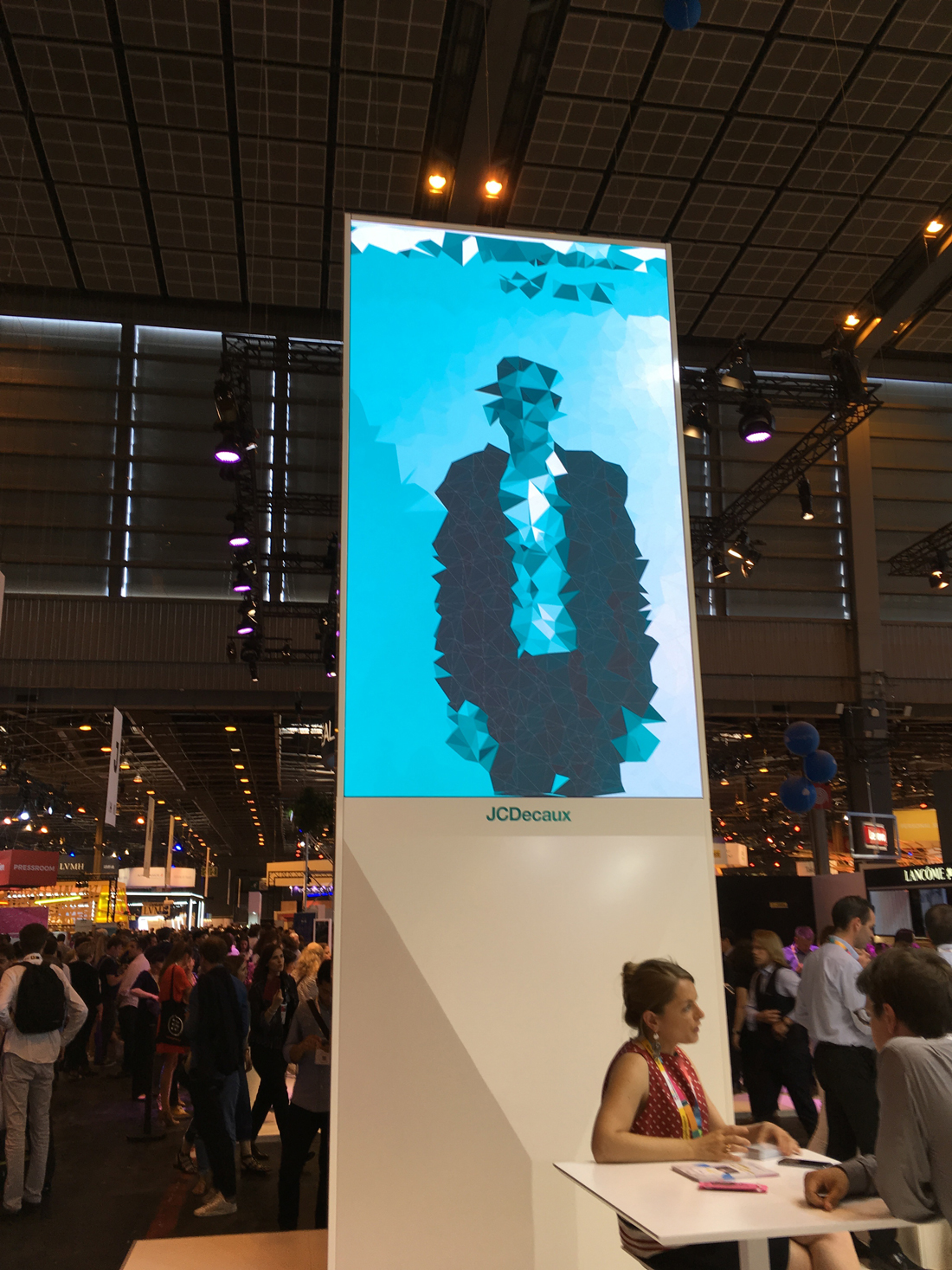 Here is how I made the trick: I take the picture, I transform it on grey levels first, then I make the triangulation. And last, but not the least, I find on which level of grey I am on a triangle to attribute the right color of a custom gradient based on the three listed colors. And that’s it! I have the final shooted person’s portrait!

The result was printed as a gift to the visitor, and pulled to a ftp where a script had to take the last portrait each 10 minutes to display it on the main HD Led screen we deployed on the stand. So you could see it from a long distance from the stand. And guess what? It has been a big success! My big boss, Jean-Charles Decaux, a lot of vip people, but also normal people, made the experiment! Goal reached!